This fit-out was inspired by the organic, earth tones, which has deep burnt oranges, terracotta and cinnamon tones balanced together with neutral colours.

Accents of the richer colours enhance the soft neutral tones in the design when juxtaposed with other natural finishes such as timbers and stones. This look is about the harder elements mixed in with softer touches.

An aboriginal contemporary artist Naomi Star was commissioned to prepare an artwork that represents this suites theme. The artwork is a representation of Eora who the Gadigal people are traditional custodians. Central Sydney is built in the Tank Stream Valley and Australia Square sits where it once was.

The painting is in the shape of Eora and also the shape of artifacts, which were found next to the tank system. The circles in the painting represent middens and the colours represent the different layers of Earth. ASQ acknowledges the Gadigal people of the Eora Nation as Traditional Custodians of this land and recognises their ongoing connection to land, waters and community. We pay our respects to the First Australians, and their Elders past, present and emerging. 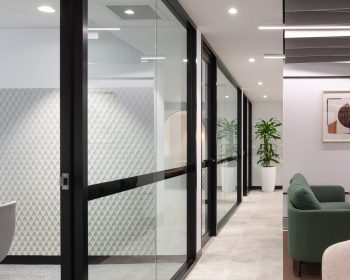 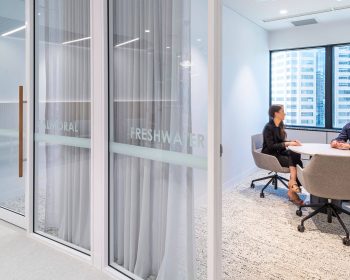 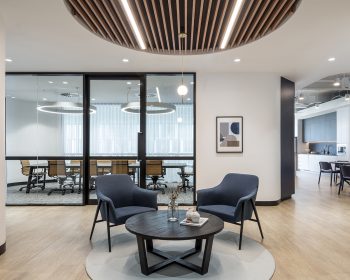 We create and maintain places that perform for people.

We acknowledge the Traditional Owners of the land where we work and live. We pay our respects to Elders past, present and emerging. We celebrate the stories, culture and traditions of Aboriginal and Torres Strait Islander Elders of all communities who also work and live on this land.